After hosting a rained off Fat Face Night Air last year, the world freestyle champs returned to Bugs Boarding, Gloucester, UK. The jumps built the previous year had been tweaked and changed to a much smoother ride. As last year the riders had a choice of the original 2 hits at the top, a 14ft drop off to the right, and an 18ft table, with the addition of a large rail to the left. After which the riders would head, at speed, towards a reasonably kicky 25ft table top before hitting the last kicker, which had 3 beautiful looking take offs, and saw the majority of the action. On the left was a hip, then the centre take off, a straight 27ft and the original 30ft to the right, after which laid the final feature a 14ft quarter pipe.

The course was dry and fast, perhaps and bit windy but nothing to bad. The qualifiers kicked off at about 11am on Saturday morning with each of the 35 riders having 5 runs to secure a place in the final. Straight away the rides were throwing down good runs, Tom Kirkman with a rodeo on the final jump and bs disasters on the quarter, a fair few riders were doing huge switch 180’s on the first jump, notably Kynan Goggin’s, and Ollie Morison landing a smooth bs cork 720 on the last jump. 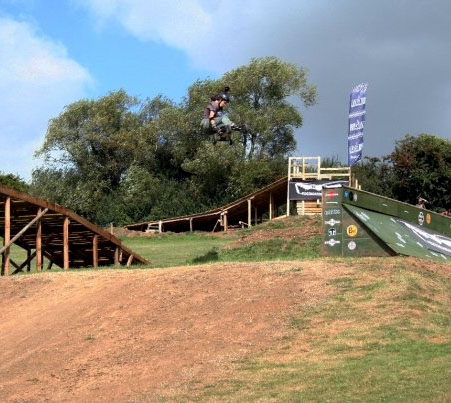 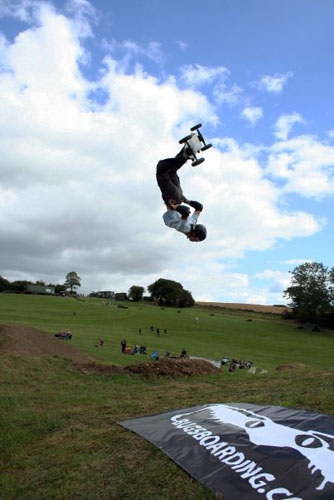 Ben Tweedie streching the back a bit

After a break and some lunch the riders who had made the cut into the final were announced and spectators were back to watch the top 15 riders compete in an hour long freestyle jam session, with the best 4 runs being used to calculate the final score. The usual suspects were all on form, Sam Nicholas with his huge backflips, Scotish (Simon Andrews) ridding for Trampa, rode particularly well with big no grab bs360s on the last jump, board sliding the rail at the top, and a huge frontflip off the drop off but slid out. Garry Crowhurst was another one to watch, only been ridding a year and was already throwing down runs such as a switch bs cork 540, to front flip to backflip, along with a fs 900 attempt which got him 4th place. 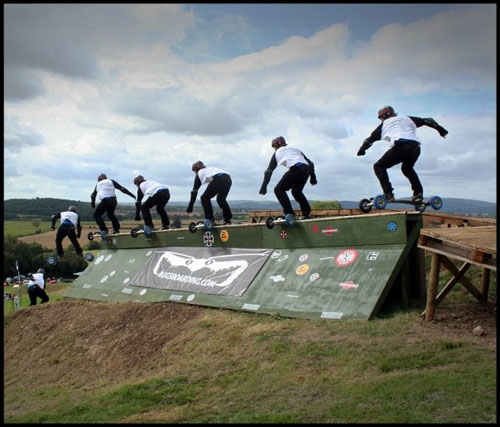 Mick Kirkman repeated his win of last year in the under 14’s with some slick 360s, Tuai Lovejoy came in on top in the under 18s with some solid frontside spins, Diego Anderson from France (the only international rider) finished comfortably at the top of the masters. Last year’s winner Renny Myles rode smoothly into 5th place with frontside 360s, 540s and backflips. Joe Dickson finished 3rd with a switch bs180, to a frontside 360, before nailing a frontside 720 and a backflip on the quarter. Tom read rode impressively into 2nd with the biggest frontflips I’ve ever seen, smooth bs cork 5’s and huge fs airs on the quarter, but there had to be a winner, and of course, after 2 years out of competition, Tom Kirkman finished on top with runs such as a laid out backflip, to rodeo, to switch backflip, before reverting and doing another backflip on the quarter, another run of a cab 540, to a rodeo, to a switch rodeo, and then another rodeo on the quarter, he was also landing some amazing backside cork 540s and huge quarter pipe airs, all with and effortless style and poise. 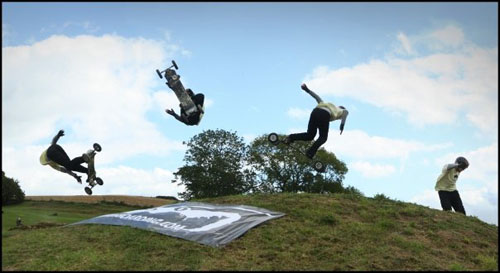 Joe Dickson showing how you lock in a 3rd place run 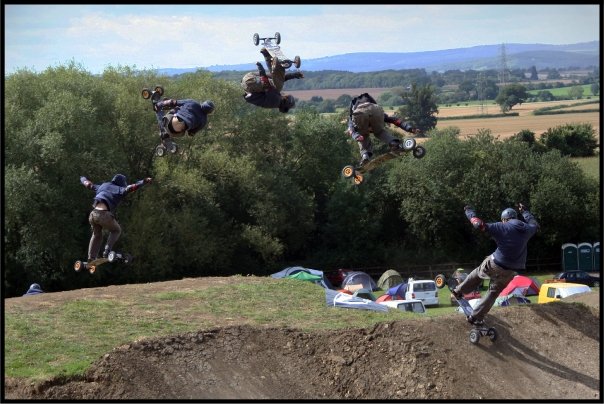 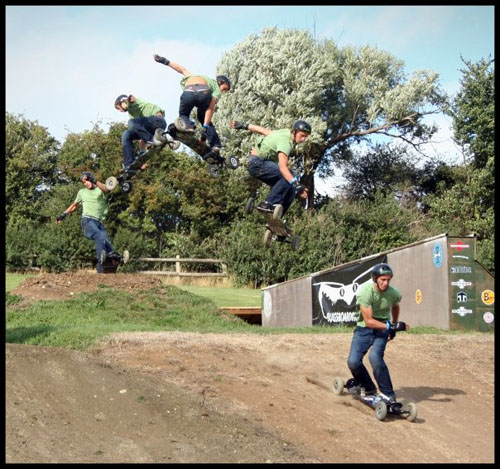 Tom Kirkman showing why he is the champ again 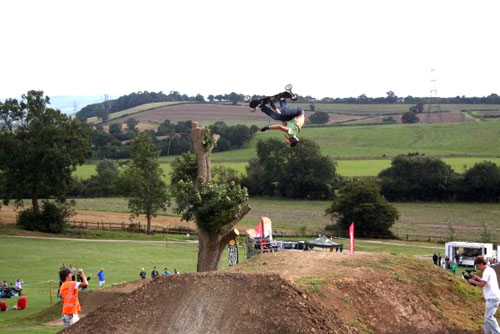 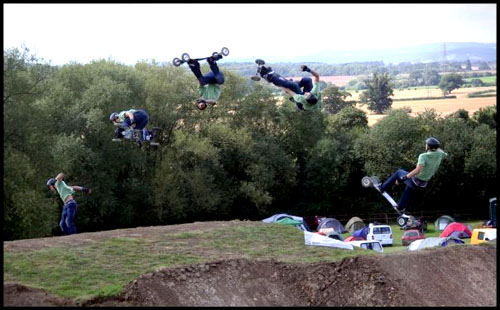 Kids get out the pen and paper study this...

Later that evening after the prize giving and the final results being announced, the usual bonfire and partying commenced with a DJ and a small rave through to the early hours. The next day a few fun comps were to be held, and a slalom course was put up by AJ the guys at Bugs. Some small prizes were given to the hung over riders before people started to pack up and head home.

A big thanks to the guys at Bugs Boarding, AJ Watkins, the Judges; Ryan Slater (Australia), Niki Forcast (UK), Alex Rouge (France) and Steve Counie (UK), all the riders and everyone else who helped run the event. It was one of the best freestyle displays I’ve seen in a long time.