Just what we’ve all been waiting for…a sick new mountainboard park. Imagine a park with different options to chose from and long enough to get multiple hits on each run. Then picture a lift ride back up to the top to do it all over again. Well the dream is now becoming a reality. Photos have been leaking out of the construction of the Beech Mountain park in Western North Carolina.

With a peak elevation of 5,506 feet Beech is a dream come true for any mountainboarder. The park was designed by 2007 US slopestyle champion Baron Frierson. The resort is holding ride sessions in conjunction with mountainbike events on June 27-28 and August 8-9. We emphasize at The Dirt that the park is mountainboard specific and mountainbikers have a separate track. There will be an end of the season contest on September 5-6. Props to Baron and Ground Industries for funding the park, Beech Mountain for supporting mountainboarding, and everyone else that is helping make this the best mountainboard park in the Southeast. Peeps the photos kids. 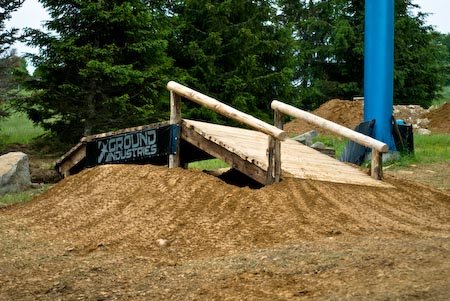 bridge to down log rails. photo courtesy of Baron Frierson. 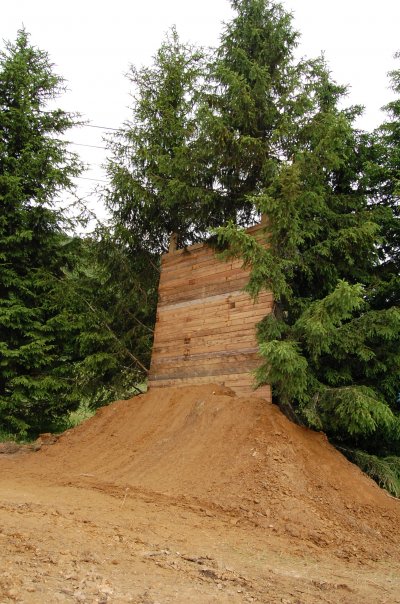 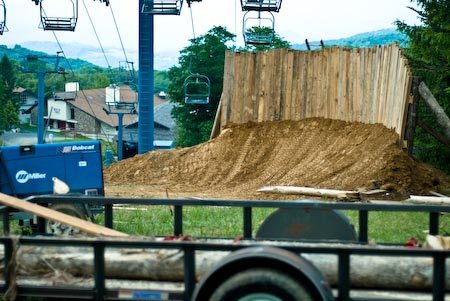 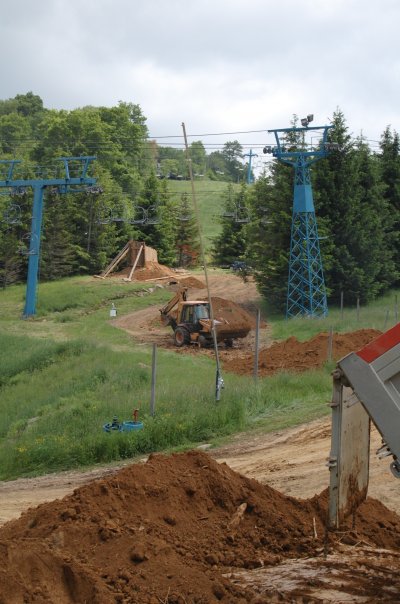 More dirt for the jumps. photo courtesy of Brian Southard.