When your town is lodged deep in the valleys of Colorado’s front range you can expect you see some crazy weather and Empire is no exception to this, but we ride mountainboards which can handle just about any terrain. The second annual Altitude Cup hosted by Altitude Sickness went off! Starting Saturday morning riders found themselves greeted by some gray skies, a fresh mountainboard park waiting to be torn up and a new event format.

The Altitude Cup took some more traditional event and put a spin on them, for instance the first event of the weekend was a slalom race through cones and over one roller. The times from the slalom race determined riders gate choice in the boardcross racing. Carving is a lot of fun on a mountainboard but you could see from the way some riders were turning and hitting cones that it had been while since they had taking some hard turns. In the end we saw some unlikely candidates with the top times and the heavy favorites like Jason Lee with some slower times. Brandon Johanns, Tyler Mork and Benton Jackson all had incredibly fast times and locked in some lane choices.

All Saturday the gray skies threatened and eventually they opened up, unleashing some rain, sleet and even some snow. The rest of the days events were shut down….. so we all found ourselves at the Original Hard Rock Cafe for one of the best $5 meals i’ve ever had. For more information, read this great review. 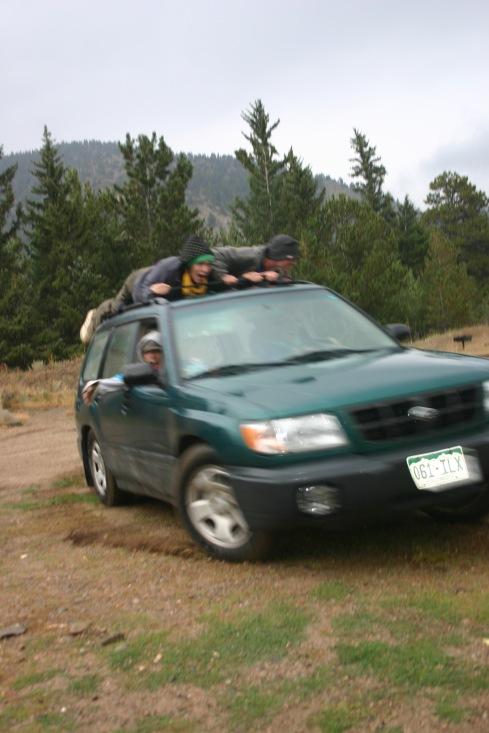 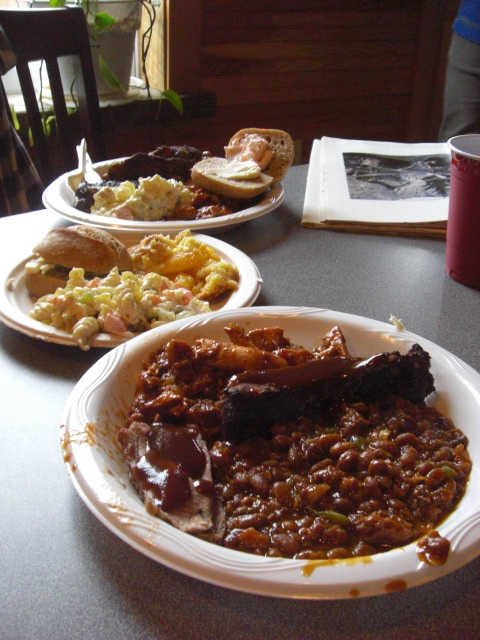 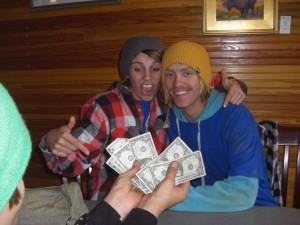 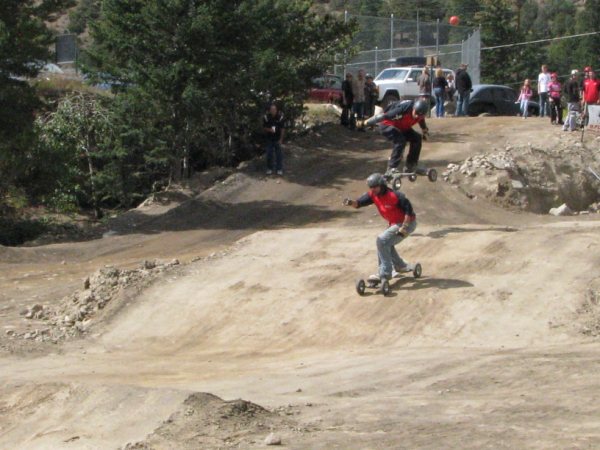 Joe Ponts and Dave Kennedy getting those leg warm Sunday AM. 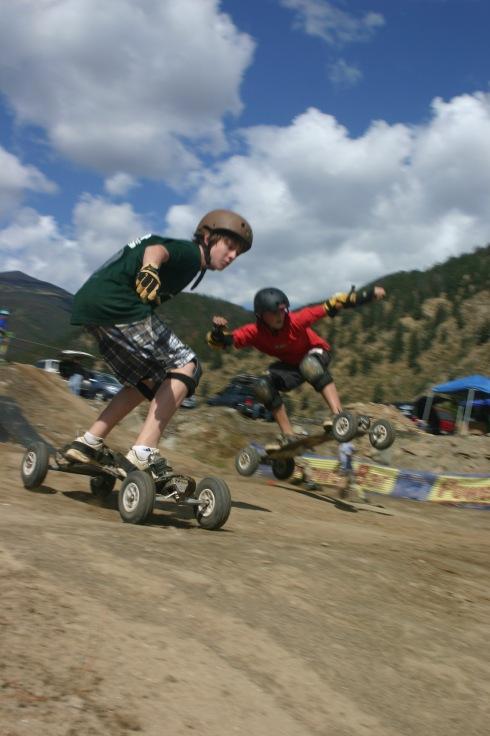 The rain continued through the night putting a damper on the camping but by 10am when riders began to get back to the Dirt Empire they were surprised to find a dry and fast boardercross course ready to be raced. The format went as followed, 2 man heats, double elimination, four man finals. Here a some photos of a few heats. 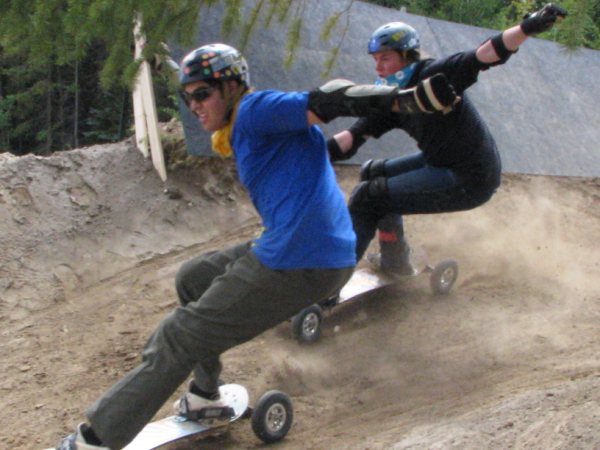 Benton AKA Malik Jackson & Tross Dersham keepin it tight through the first berm. 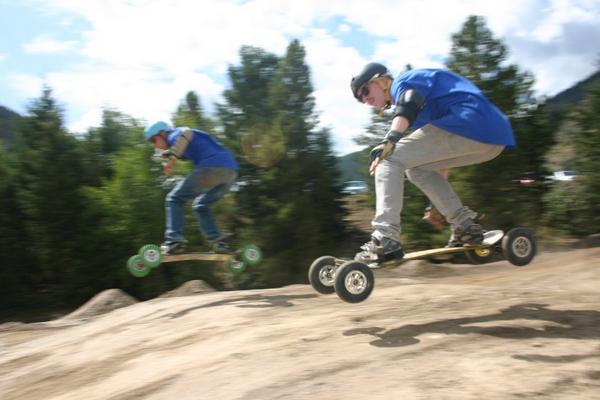 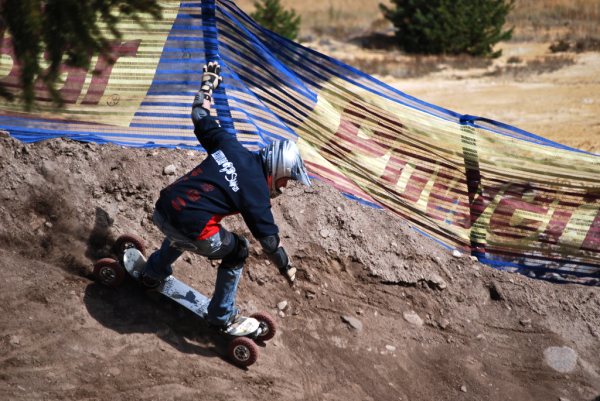 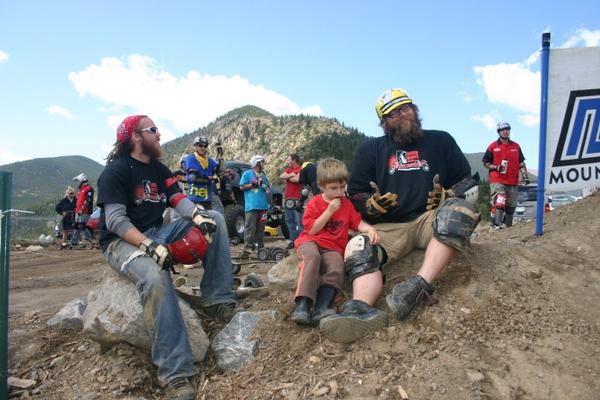 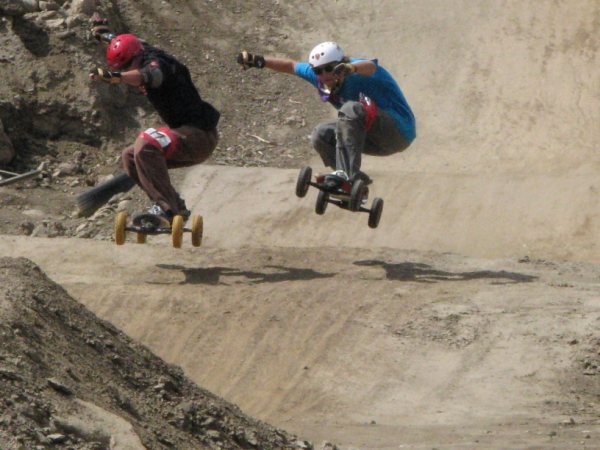 Ty Mork and Cole Shipp in the early heats. 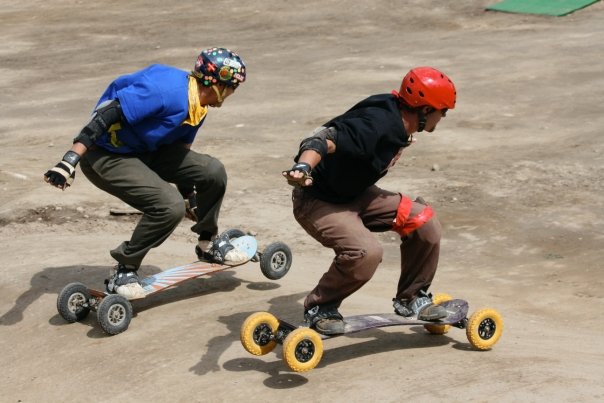 In the end Jason Lee found himself back on top, with Cole Shipp taking second and Benton Jackson respectfully holding down the third place podium spot. The finale for the weekend was the slopestyle event. With so many options and lines in the new park it was nearly impossible to fairly judge the riders on one line, besides who really wants to ride a straight jump line when you have hips, quarter pipes and jibs every where else? So it was decided that the pros would have 2 runs on the jib line which had a number options, including some rails, boxs, a rhythm jump section into a quarter pipe and skate style pyramid, 2 runs on the straight jumps line and one last big air hit on the left hand hip. The best thing about this course is that none of the jumps were intimidating and it allowed riders to push themselves and through together some technical runs. 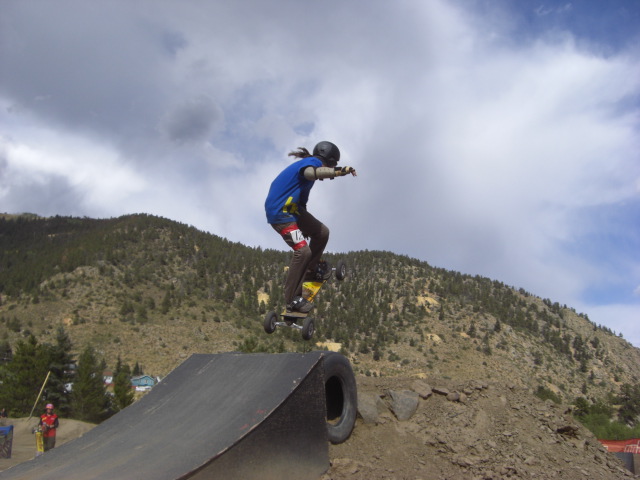 It's always nice to see new blood in mountainboarding, especially when it's a lady, Amanda Poindexter 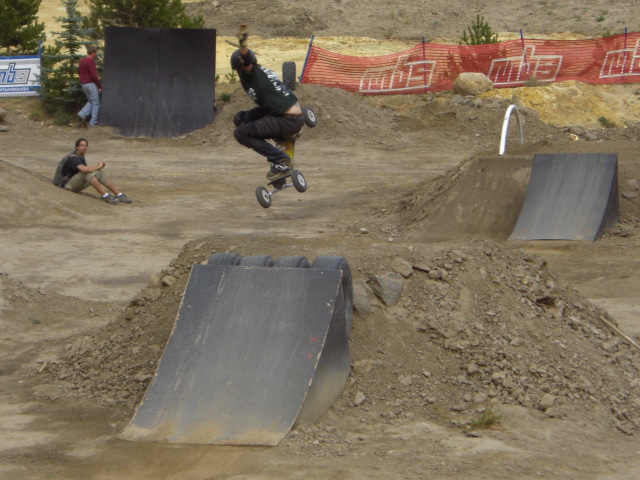 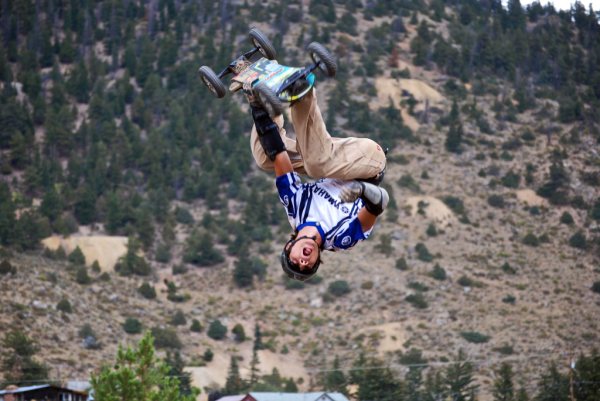 Did you ever hear about that backflips for boobs foundation well.... nevermind. Matt Silva 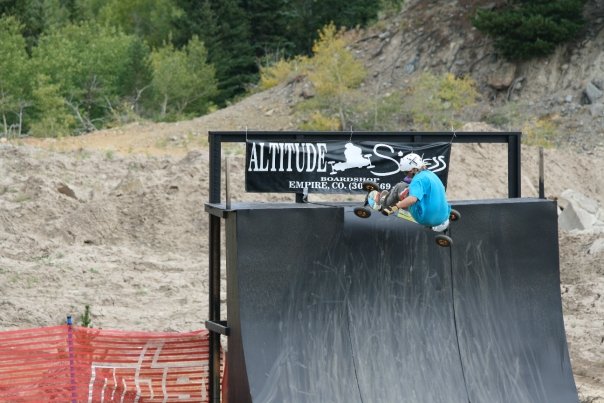 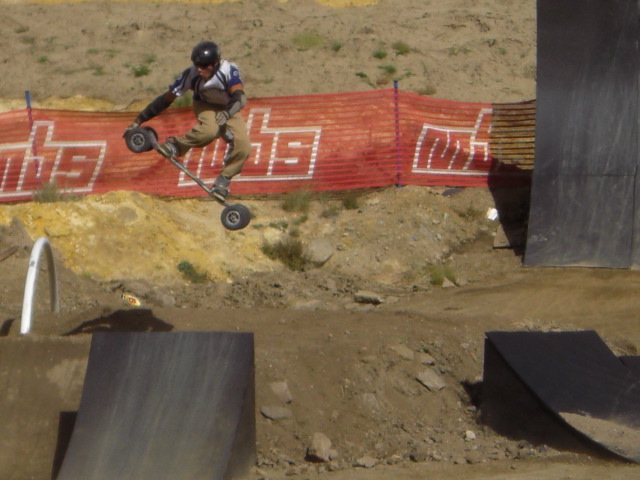 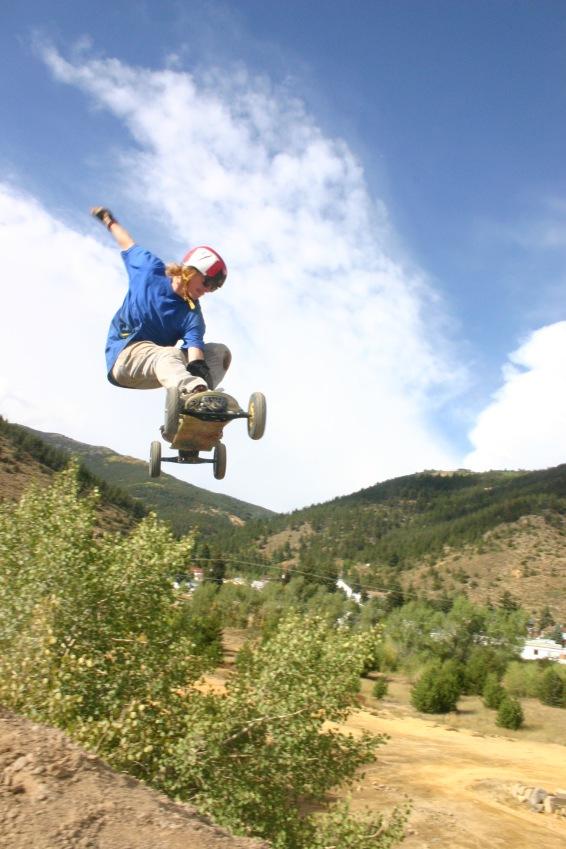 Brandon Johann writes a blog, he also tweaks a mountainboard. 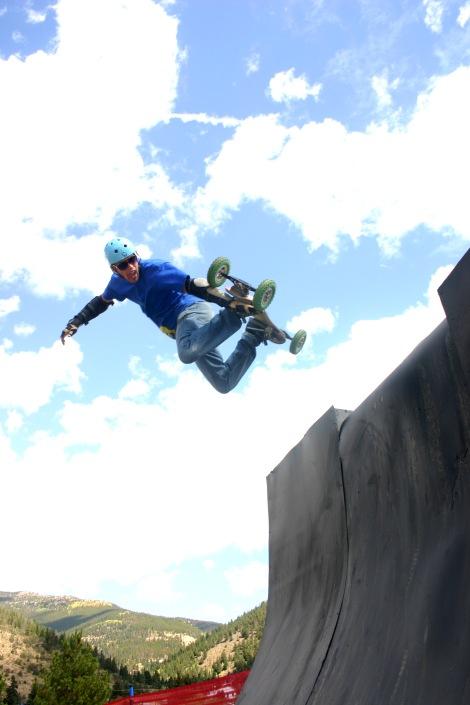 QP Japan over the channel. Ecar 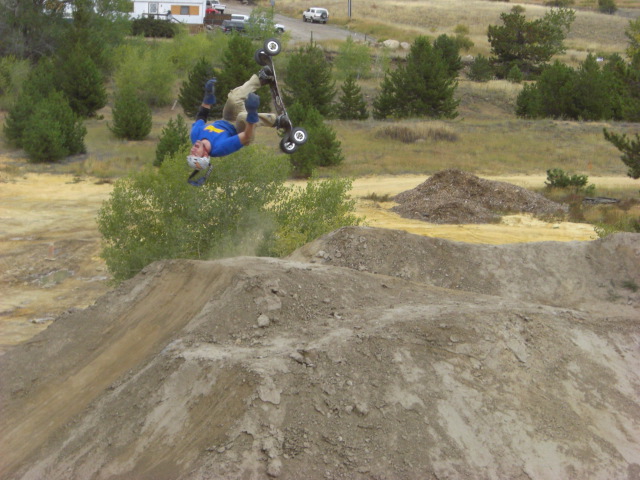 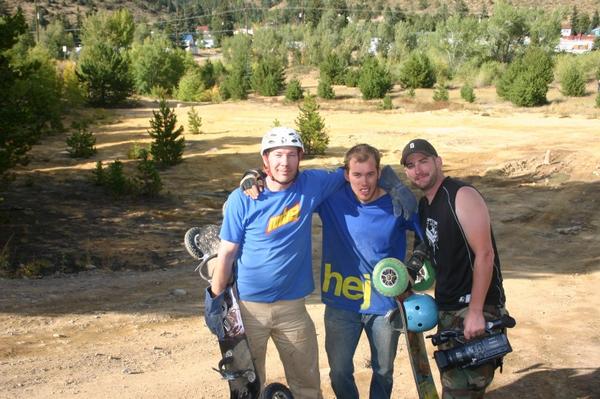 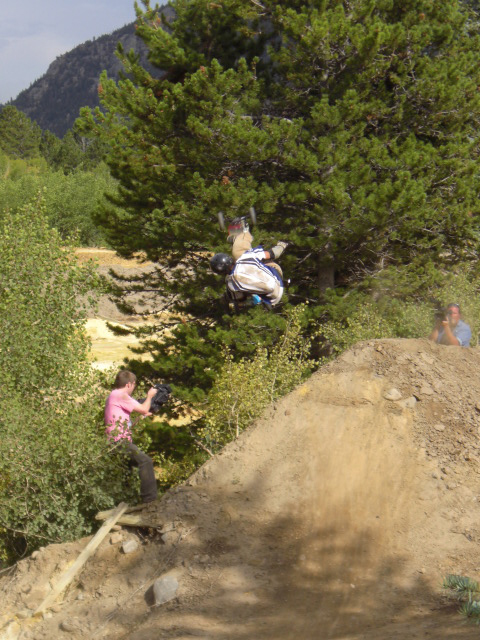 Matty Silva is a mad man, cork 7 on the hip. Yikes! 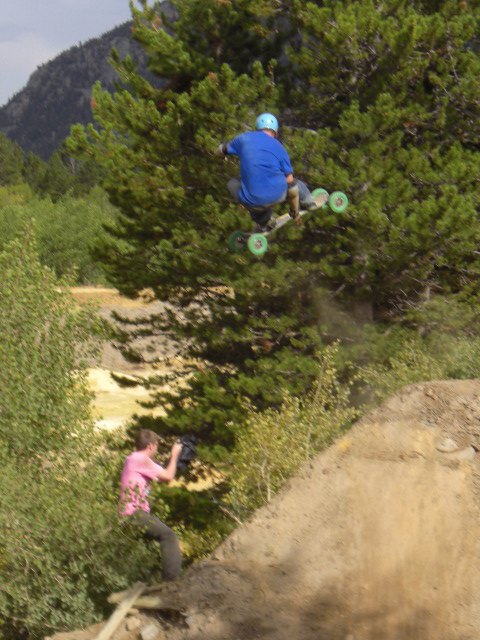 At the end Matt Silva stayed strong and snagged up 3rd place with, some double grab backflips and some cork spins. As one of the minds behind this course design Devin Garland showed how it should be ridden putting down smooth cab 5’s and some other switch combos. No stranger to the 1st place spot was Dave Starfighter, showing that experience rules all, linking switch tricks seemlessly into to every run. Thanks again to Altitude Sickness, the town of Empire and all the sponsor MBS, Hillbilly Dirt Gear, AP Production and that fly ass tv show host (call me).